Killed soldier Ray Garrison regained the power of great powers.
Director:
Writers by Dave Wilson:
Jeff Wadlow (screenplay), Eric Heiserer (screenplay) | Elite soldier Ray Harrison, killed in the battle, comes to life with the help of advanced technology that gives him the power to superhuman strength and quick healing. With his new abilities, he follows the man who killed his wife, or at least the one who, according to him, killed him. Soon he will have to learn that everything he learns cannot be trusted. The real question is: can he even trust himself? 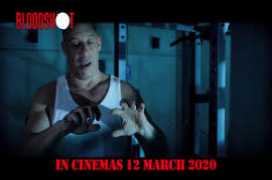